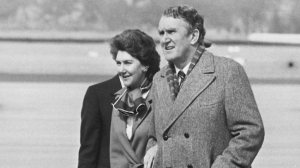 A year and a half ago I quit writing. The ALP had just suffered a major blow in the Federal election. The Left was in a desperate need to return to its roots after growing fat on power and iced vovos.

So I wrote an article for the Guardian titled “How The Left Could Improve By Adopting All Of The Policies Proposed By The Liberal Party” where I laid out a few common sense tips for how progressives in this country could improve their standing in Australia. Simple stuff.

I was immediately lambasted by the Left for the article. People did not seem to even bother to read what I said. At no point did I suggest that the Left join the Liberal Party, I was merely pointing out how they should mimic the Liberal Party.

I received death and rape threats. All par for the course for any woman who dares expresses their opinion. But I’m a man. Society has been conditioned to let me voice my opinion without someone threatening to hold me at knife point “and fuck me until I bleed to death”.

Even former Prime Minister of Australia Malcolm Fraser, ol’ Memphis Mal himself, took umbrage with my words. Well that was the last straw. What was the point of even writing if I was just going to be fodder for Sarah Hanson-Young’s elderly best friend? I decided to quit writing forever, for a month.

However, I swore from that day that, with all my will and fibre, that I would outlive that bastard. I would breathe the air that he could not. At times it was touch and go, but one way or another, even back then, I always knew that I would somehow survive that 83 year old man.

I’m not a bitter person. Fraser has done some great things. He disabled the White Australia Policy. He established the SBS. He said some mean things about John Hewson.  In 1976 he passed the Aboriginal Land Rights Act of 1976 and all he had to do was stop the Whitlam government from doing it first.

Matthew Farthing is an opinion columnist for The (un)Australian. He recently created some controversy among the twitterverse when he penned a column blaming absentee fathers for his pre-occupation with absentee fathers.