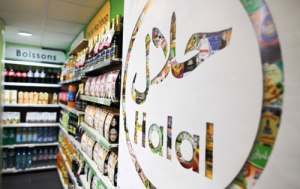 In response to news that anti-Islam campaigners in Australia are urging a boycott of all Australian products with offical halal certification, the World Association for Monitoring Racist Idiocy (WAMRI) has officially certified Team Australia as containing The World’s Dumbest Racists.

WAMRI president Timmy Jackman said the clincher was reports an actual member of Australian parliament for the governing Coaltion had complained about halal certification, with Nationals MP George Christensen claiming halal certification of products like vegemite was being used to “fund terrorism”.

“Let me get this straight,” Jackson said, “you fucking fools won’t eat a tub of yogurt or a meat pie ’cause of some clearly ludicrous claim it ‘funds terrorism’, but you’ll gladly fill up your petrol-guzzling vehicles despite the fact that ISIS, an actual terrorist group, controls actual oil fields?

“Seriously, not even most bible-thumping redneck Teabagger Yanks are this idiotic,” an almost impressed Jackman told The (un)Australian.

“What does it even mean to campaign against halal? You realise it is simply the Islamic term for ‘allowed’, yeah? You know what else is allowed for Muslims to consume, you stupid fucks? Oxygen. Boycott that you pricks.

“Seriously, how do you idiots even manage to put your own shoes on? Which, by the way, are also goddamn halal! And made by a 12-year-old Muslim girl in Indonesia for two bucks a day!

“Well done Team Australia, you’ve truly earned your official certification for containing the world’s highest concentration of dumb racists. Try not to celebrate with too many race riots.”