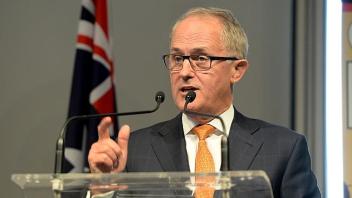 Keeping with then Opposition leaderTony Abbott’s explicit pre-election promise not to cut funding to ABC or SBS, Communications Minister Malcolm Turnbull has announced funding cuts to both ABC and SBS. The cuts to the ABC will amount to $254 million over five years, while the cuts to SBS will amount to $53.7 million over the same timeframe.

Mr Turnbull insisted the amount, which is about 5% of the ABC’s budget, would be easy to make up by cutting inefficiencies; “Anyone here who is in business, who has been in business, particularly anyone who has been in the media business, in the private sector, that could not manage to find 5% out of efficiencies is not even trying,” obviously referring to the private sector’s known love of being at least 5% inefficient.

Take for example, if the same request was made to News Corp, a private sector media organisation. They keep The Australian in circulation, despite it losing $30 million dollars last year, so they would be able to make a huge dent into its inefficiency by just dropping the paper in its entirety.

Unfortunately for the ABC, they do not own The Australian and therefore cannot make such gigantic savings by ending its circulation. They will need to look for more creative to make the savings.

While most of the budget cuts will be made up through cuts to administration costs, Managing Director Mark Scott said there will need to be cuts to programming s the ABC can continue to fund the expansion of its online services, where demand continues to rise. Mr Turnbull, however, believes this is misleading: “Mr Scott believes he needs to ignore the ABC’s charter and expand online content. However, I’ve already done my bit to address this, by rolling out an inferior NBN, thus slowing demand for online content.”

Mr Turnbull is believed to be handing a list of ideas to the ABC board on how it can make up the money lost in budget cuts. According to a Liberal Party source, ideas listed include “look for any dropped coins in the ABC sofas” and “take a large life insurance policy out on Briony Scott and then make it look like natural causes”.

Like Loading...
‹ Government Rules Out Working With Itself
Modi Receives ‘Rockstar’ Reception ‘Worthy of Bono, Or Someone Who Encouraged Ethnic Cleansing’. ›