Home › Arts › The Interview Release Cancelled On The Back Of Threats; Bad Reviews

The Interview Release Cancelled On The Back Of Threats; Bad Reviews 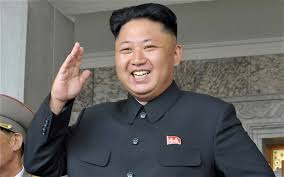 Sony pictures announced this week that they are cancelling the release of The Interview on the back of terrorist threats and some absolutely scathing reviews.

Sony pictures have been the target of cyber-attacks once it was revealed that the plot revolved around the assassination of Kim Jong Un the president, CEO and living god of North Korea who should never be the subject of ridicule because he’s so awesome.

Ordinarily the leader of North Korea is considered to be fairly straight forward Hollywood fodder with satirical depictions, such as Kim “I’m so ronery” Jong Il being mercilessly lampooned in Team America: World Police in 2004.

However Hollywood’s enthusiasm for poking fun at North Korea’s special one looks to be curbed for the foreseeable future with jokes and a plot about assassinating Kim “don’t laugh at my Jong” Un, drawing negative attention from supporters of the puppy fat king.

Hollywood insider and gossipologist Philomena Tartness told the (un)Australian, “Hollywood is going to be searching for another nationality to pick on now, although we’ll probably just go back to picking on the British, they only ever show passive-aggression.”

National security expert Tony Hardballs explained the concession to terrorist demands, “the old maxim of don’t negotiate with terrorists is often misunderstood,” he said, “we don’t negotiate or haggle at all, we just give in.”

Sony executives were approached for comment, but they are still hiding under the bed from the nasty baddies.

Like Loading...
‹ Tony Jones To Mediate Peace Talks In Iraq
The (un) Australian’s Person of the Year ›