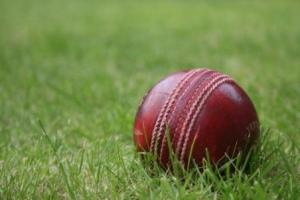 Any former cricketer can tell you that this is the wrong place to pitch the ball.

Cricket fans are in for a fresh treat, with the Fourth Test between Australia and India starting in Sydney on Tuesday expected to feature yet more former Test cricketers pausing between their seemingly endless anecdotes about their own careers to explain exactly how current cricketers were doing everything wrong.

It has been an unforgettable summer already, with some great batting and on-field sledging from both sides combined with what is surely a bumper crop of in-jokes about their playing days from Channel Nine’s commentary team.

But a particular highlight from the rotating team of former Test cricketers has been the insights on exactly how current players were getting things wrong, along with clear advice on how to correct their blatant errors.

Highlights from the first three tests have included: complaints about both fielding teams having their gullies way too fine for the even bounce on the MCG pitch; bewildered querying of the field placing for the spinners, particularly as to why you’d have a silly mid-off for a finger spinner and fail to bring the long on up for a new batsman;  and one commentator’s strident, unrepentant critique of the shot selection of one batsman, stopping only to congratulate the batsman on a “finely made 100” and to mention the series’ sponsor for the 70th time that hour.

However, the general consensus is the series highlight so far were the constant complaints during the second test about the frequency of drinks breaks in the hot conditions at the Gabba, with one older commentator and former player insisting that in his day, when cricketers were real cricketers, “we had an absolute maximum of one drinks break per session, no matter how many players were hospitalised with severe dehydration!” before moving on to flog a bat signed by a more successful cricketer than him, as contractually required by the network.