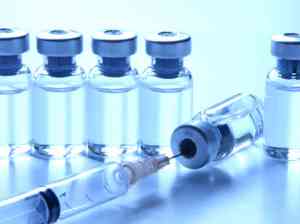 Controversial anti-vaccination campaigner Sherri Tenpenny has declared she is “chill” with other people’s children dying of preventable infectious diseases as long as she is able to maintain her media presence.

In an exclusive interview with The (un)Australian, Dr. Tenpenny said: “Look, it doesn’t really matter how many babies get whooping cough. Most of them manage to pull through. It’s character building. The key thing is individual choice. And my media profile.”

When asked about whether the estimated 2-3 million children who die each year from vaccine-preventable diseases had the ability to exercise freedom of choice, Dr. Tenpenny dismissed the issue as an irrelevant distraction.

“Look, everyone has to go sometime and those children would probably just have died from something else anyways. Let’s face it, those children are giving each other diseases and should be more careful.”

According to Dr. Tenpenny, the key issue is how many First World, like-minded free-thinkers with a simplistic approach to holistic well-being donate to her campaigns. Worrying about those parts of the community with poor access to health care, long-term multiple disadvantage or immune systems suppressed through illnesses such as cancer (which is preventable if you chant loudly enough) represents a fundamental threat to individual liberty.

While the claims of Dr. Tenpenny and other anti-vaccination campaigners are based on what is now acknowledged to be falsified, she argues that “the evidence is in, and the importance of my case is proven by multiple appearances on A Current Affair and the Jerry Springer Show“.

Dr Tenpenny asked rhetorically “what will they come up with next, children shouldn’t eat lead?” as she was ushered into her next meeting, sponsored by Union Carbide.

Like Loading...
‹ Make It Harder To Get Elected The Way I Was: Xenophon
Worldwide Terrorism Ended Forever After Arrest Of Everyone Who Waves Finger In Air ›