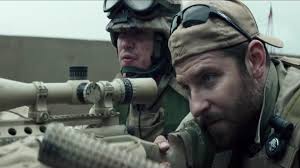 After a heavy week of beheadings ISIS members are looking forward to letting their swords down at their very own Friday night premiere of the film American Sniper.

Sydney publicist, Gloria Jenkins of Absolutely Anything PR, has been arranging the event. “I must say it was a challenge to find the appropriate venue but we found a wonderful cave in Northern Iraq. My interior designer Roger Philippe has worked his magic giving it that French provincial feel. You know ISIS … they love anything French.”

The pressure is on, however, to find 5000 vestal virgins in time for the event. “Of course virgins generally are hard to come by this time of the year and the boys are fussy,” said Gloria checking her sponsored ad on E-Harmony.  “All I can say is that not many opportunities like this one come along for virgins in the 21st Century. This could be a great chance for a lovely oppressed lady to meet a nice young man who really believes in something.”

Star of the film, Bradley Cooper, can’t make it to the premiere but has sent an autographed AK47 used in the filming to be auctioned later in the evening. “Very generous of him,” said Gloria. “All proceeds will go to feeding the virgins.”

Producers of the film are looking at the premiere as an opportunity to break into the all-difficult ISIS market. “We’re hoping a film about a psychopathic mass killer might strike a chord,” yelled Gloria as she parachuted into Iraq. ‘I just hope it doesn’t bomb.”

Like Loading...
‹ Dennis Jensen Upset He Can No Longer Eat Lunch With The Cool Kids
Peter Greste Trapped On Runway Following Flight Home From Egyptian Prison ›