Home › Science › AFL Tribunal Clears Everyone Of Doping — Ever

AFL Tribunal Clears Everyone Of Doping — Ever 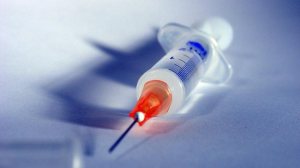 The AFL anti-doping tribunal has today announced that after two years of   patient research and looking in a few dark corners, that they could find no evidence of anyone taking performance enhancing drugs. Ever.

“We looked all over the place and couldn’t find a fucking thing,” AFL Commissioner Gillon McLachlan told The (un)Australian, noting: “We even questioned the players!” McLachlan went on to say he had heard Ron Barassi “may have taken a few too many Bex back in the day, but they were different times. Men are different nowadays. No bastard gets a headache even, unless they are fucking soft and then they just train it off.”

When asked about the prospect of ASADA appealing the doping tribunal ruling, the AFL supremo said: “We don’t care what they say. I think Danky said we’ve got nothing to worry about. I asked him, man to man, did he load these kids up with jungle juice or what, and he said no”, referring to the alleged mastermind of the doping regime, biochemist Stephen Dank. Sources close to the AFL say that all club sponsors have been reassured that there is no evidence of anyone taking anything ever. The game, they say, is as clean as a whistle.

In an unrelated story, the AFL is rumoured to be in negotiations to buy the Sydney Harbour Bridge.

Damien Ryan writes on sports for The unAustralian. He kicks em straight between the posts.