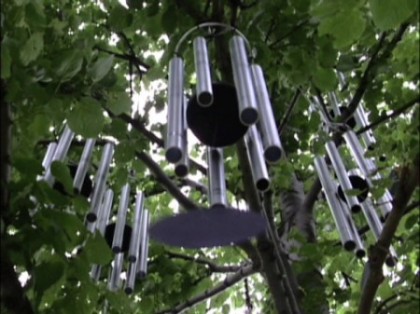 ‘I think everyone agrees these incredibly offensive.’

Tony Abbott admitted today that he made an error in calling for the banning of all Clean Energy Finance Corporation (CEFC) funding of wind farm energy projects. “Sorry,” he said, “I meant wind chimes, which I think everyone agrees are incredibly annoying and offensive.”

The Prime Minister has been anxious about his disconnect with voters on this issue, and, he said, was “frankly perplexed” to be so out of touch with the public on the aesthetic value of wind chimes. As it turns out, it was only a communication error.

Since the confusion has been clarified, Mr Abbott’s approval rating has soared, and his proposed ban of wind chimes is proving popular. “Wind chimes are the most offensive and disturbing invention on the planet,” Kirsty Allport, spokesperson for Citizens Against the Existence of Wind Chimes (CARWC) said in response to the Prime Minister’s clarification.

Allport’s organisation has been lobbying the government for some time about the health risks associated with the use of wind chimes, but has been frustrated by this repeated confusion. This also clears up the reference to the health dangers of “infrasound” wrongly attributed in the past to wind farms, but which are clearly a risk of using wind chimes.

Public health experts have long noted the correlation between high density of wind chimes and low immunisation rates, along with high consumption of homeopathic “remedies,” paranoia about “chem trails” and distrust of fluoride in the water supply.

While the CEFC is reported to view this change positively, the Wind Chime Manufacturers Industry Association (WCMIA), located in Byron Bay, expressed shock and anger that they will now be subject to regulation by the newly appointed Wind Chime Commissioner.

Spokesman Richard Tubbs said, “this signals the death knell for our industry after having been forced to drop our Halal certification last quarter.”

Like Loading...
‹ Shane Watson – “I Have Photos Of The Cricket Selectors Dumping Body Of Dead Hooker.”
Enthusiasts Who Missed Out On Comic Con Forced To Wait Until Minutes Later To Watch New Videos ›