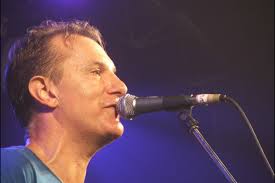 Recently declassified ASIO documents have revealed that James Reynes were used to transmit sensitive top secret data that could not be broken by Soviet spy agencies.

“Every song that James Reyne sang actually contained coded information that could only be decrypted by another James Reyne,” said retired ASIO agent Bryce Spook. “Every Australian embassy employed a James Reyne to decode the message. For example, the lyrics to Downhearted are actually plans for a nuclear powered submarine.”

“The rest of us had no idea that James was sending out sensitive messages vital to the security of the free world,” said fellow Australian Crawl member Brad Robinson. “To be honest, we had no idea what he was singing. I thought Beautiful People was called Ball, I’ve Got Big Balls up until I read the name of the song on the back of the album cover.”

The KGB had no idea how the West was able to keep its secret agents informed and employed thousands of code breakers to try to solve the mystery.

“We long suspected that maybe the New Zealand intelligence agency was using Dave Dobbyns to send out encoded messages but we never suspected James Reynes,” said former Soviet spy Boris Nyetski. “Confound it, I was such a fan I’d even written Australian Crawl on the side of my pencil case.”

The documents revealed that Crawl classic Reckless was really a list of Cuban double agents, Errol was details of the omega communications network and Reyne’s 1987 solo hit Fall Of Rome was just some shit song about the fall of Rome.