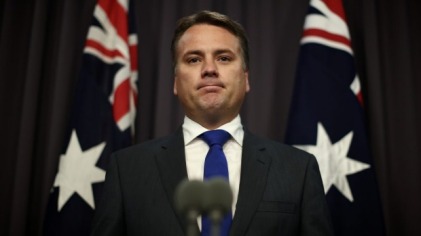 Mr Gayle has recently generated controversy from the ‘internet outrage machine’ by hitting on a commentator Mel McLaughlin during a televised interview, despite evidence indicating that Ms McLaughlin is a woman.

In a public statement posted on the backbencher’s website, Mr Briggs extended to Mr Gayle a number of the pointers he teaches in his $300 ‘Pick-Up Artist’ seminar; ‘Penetrating Succsex – A Winner’s Guide To Scoring Women’.

“Even cricketing legends have trouble getting women, but if Chris [Gayle] had followed my simple steps for ‘succsex’ (trademark pending), he would have been able to pressure any woman into sleeping with him, no matter how professional the context.”

Mr Briggs complimented Gayle’s ‘reckless bravado’ and ‘disregard for potential sexual harassment’ as natural qualities that could be harnessed by the athlete for future benefit.

“Complementing her eyes was a great move, but he should have mentioned how piercing they were. The ladies love hearing they have ‘piercing eyes’.”

“Just make sure you don’t have your chief of staff around to cock-block you.”

Mr Briggs will be delivering his seminar at PUA International in Melbourne on February 17. PUA International will have 20 seminars from established Pick-Up Artists, with over 30 years PUA experience and 50 sexual harassment suits between them.

Matthew Farthing is the Sport Reporter for the (un)Australian. Due to current weather conditions, he considers the third Test between Australia and the West Indies to be the most entertaining so far.

Like Loading...
‹ Authorities Ready To Move Against Oregon Militia ‘The Second They Convert to Islam’
A Current Affair Journalists To Be Placed On Long Term Forced Contraception ›