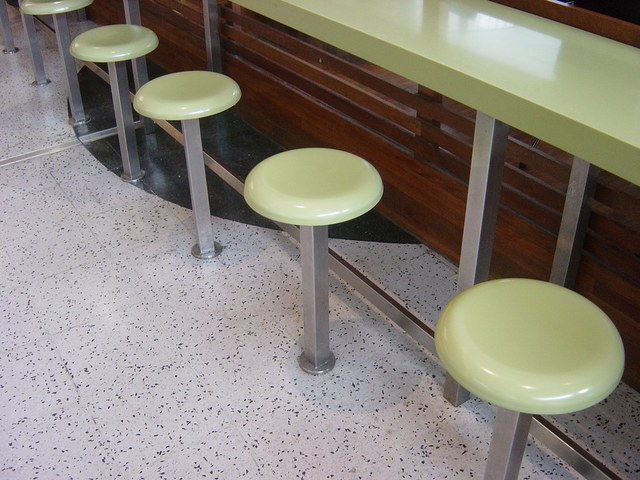 Tensions are running high in a local shopping mall after two people who appear to be a couple were found occupying seats that are meant to be used by single people eating alone in the food court.

“We’re already relegated to the outer limits of the food court on rows of stools that tend to face straight into the wall as it is,” said solitary luncher Jason Dateless. “It’s a real slap in the face to find one of our seats taken by a couple who could easily have sat down at one of the tables in the middle that cater to the more socially adept.”

“I was faced with the tricky choice of either sitting down right next to the couple or consuming my plate of two pastas for nine dollars right beside one of the other lone diners,” said mortified tortellini liker Suzanne Bashful. “I chose sitting next to the other single person as being the less creepy option. I could have course have asked one of the people eating by themselves at a table if I could sit on the opposite side but I just didn’t have the guts.”

Mall management say that an upcoming redevelopment of the food court will include extra bench seats for the socially isolated with much greater elbow/personal space room. They also hope to eliminate the number of stools that are on the end of the row next to the garbage bins that only the most desperate single eaters ever use.

“We wouldn’t have to felt the need to sit in the losers section if half the normal tables weren’t being used by fraudulent unattached eaters pretending to be waiting for a friend to sit down with them,” said Simon Likable, one half of the lunching couple. “Though to be honest we prefer the bench arrangement as sitting at the table forces us to look at each other and puts me under a lot of pressure to carry out a conversation.”

Like Loading...
‹ Karl Stefanovic Outraged The Gold Logie Is Not White
Kidnapping Department Now Most Profitable Department Of Channel Nine ›