Home › Politics › Satan Desperate To Give Abbott’s Soul Back

Satan Desperate To Give Abbott’s Soul Back 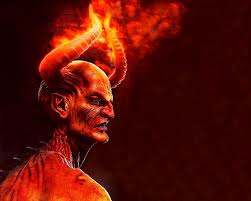 Sources close to Satan have told The (Un)Australian that the Prince of Darkness was desperate to hand Tony Abbott’s soul back to the Australian prime minister, claiming it was too foul even for the fiery depths of Hell.

The source confirmed what was an open secret among Canberra’s political circles — that Abbott had sold his soul to the devil in return for success in politics that neither his intellect, charm, nor 11th-century social views would allow him to gain in a legitimate fashion.

However, in an historic first, it seems the Lord of the Underworld intends to renege — and give the soul back.

“You simply cannot believe how much this soul stinks,” the source said. “It overwhelms all of Hades. It’s just more trouble than it’s worth. We nearly had a major diplomatic incident down here the other day when Abbott’s soul threatened to ‘shirtfront’ Stalin’s. Plus it won’t shut up about how we should replace all the brimstone with coal.”

But the source said the final straw was it repeatedly asking Satan’s female assistants whether they’d finished its ironing. “Lucifer keeps saying he can’t accept that kind of chauvinist crap, not in 2014.”

Asked whether Satan was experiencing similar issues with Scott Morrison’s soul, the source said: “Oh no, there was never a deal struck with Scott! No, he was born soulless.”