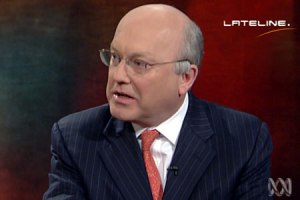 Attorney-General George Brandis has today announced that film star Johnny Depp’s dogs will put down, alongside the Australian arts industry following Tuesday night’s budget which re-allocated arts funding to being allocated as per the Art’s Minister’s own discretion.

The reason for euthanising Johnny Depp’s dogs were that he failed to declare them to quarantine when he arrived in the country recently. The reason behind ridding Australia of the arts industry was based around the fact that as Arts Minister Brandis was quite frankly sick of having to attend Australian film premiers and watch the inevitably boring movie.

A spokesperson for the Arts Minister elaborated to The (un)Australian about the minister’s reasoning saying, “As Arts Minister George has to attend some pretty mediocre film launches and look at some pretty ordinary paintings, so we figured if we just end it, no one other than a couple of hipsters in Newtown or Brunswick are going to do anything and all they’ll do is organise a change.org petition.”