Duncan Storrar To Apologise For Making A Good Point 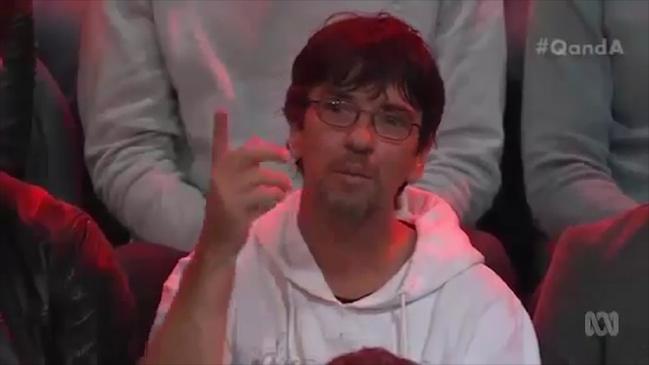 On a recent episode of ABC show Q&A, audience member Duncan Storrar embarrassed Assistant Treasurer Kelly O’Dwyer and the Liberal government by making a good point. Fortunately, multiple Newscorp publications, acting in their role as unbiased bastions of the truth, took Mr Storrar down a peg or two by picking on the kid with learning difficulties.

Today, The (un)Australian learned that Mr Storrar will be withdrawing his question and apologising to the government for any harm done. Sources say that the apology, to be published exclusively in Newscorp publications, will also include a personal apology to Kelly O’Dwyer for, “putting her in a position where her answer to a basic question made her look like a twat.”

A government spokesperson quickly released a statement insisting that Mr Storrar’s apology had nothing whatsoever to do with any threats that may or may not have been made by senior Centrelink officials to “take him behind the bike sheds and get him.”

In addition to this overdue apology, Mr Storrar is expected to thank Newscorp for acting in the best interests of society. It is believed that Mr Storrar feels that Newscorp should not be out of pocket for any costs associated with performing their civic duty and is arranging to refund the amount Newscorp invested in their obviously justified character assassination from his excessively large welfare payments.