Zimbabweans Demand Nation Be Renamed Something Beginning With The Letter “A” 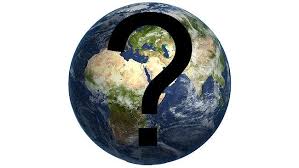 Tired of always being the last country to march into the stadium at the Olympics, the people of Zimbabwe have taken to the streets after the deposing of Robert Mugabe demanding the new government change the name of the nation to something starting with “A”.

“We’re sick and tired of having sit up in the nosebleed section at the United Nations and we always get the dodgy desk from the back of the store room at conferences because they’ve invariably run out of good ones by the time they get to us,” complained Punctuality Olonga as he danced amongst crowds in the streets following the news that the 37 year rule of Mugabe was over. “It was nice to honour the civilisation of Great Zimbabwe and we’re rightly proud of all that but I reckon those guys didn’t even use a proto-Sinaitic based Greco-Phoenician alphabet so why we need to start the everything with a Z beats me.”

“I reckon we could change it to something like Aardvarkia or AAAZimbabwe like a plumber trying to get his name up the front of the phone book,” said Generous Masakadza as she fired celebratory bullets into the air amid the cheering throng. “I’ve got nothing against Zambians but we always get to the dessert buffet after them and they inevitably take the last butterfly cake.”

The incoming President Emmerson Mnangagwa has vowed to restore democracy, turn around the economy and get to work on looking for a new name for the country that’ll get himself sitting closer to the front of the room at African National Congress meetings.

“I reckon we should slip a sneaky D up the front of the name like Djibouti did,” said Pureness Chigumbura. “And while we’re at it let’s do something about these character quality first names we all have that make us sound like a bunch of fucking seventeenth century American pilgrims.”