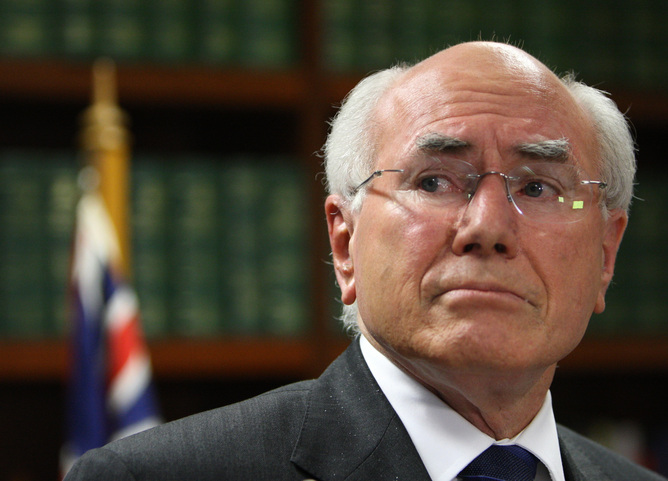 Former Prime Ministers Tony Abbott and John Winston Howard have gotten in to a heated argument over who should be first to provide disgraced former High Court judge Dyson Heydon with a character reference.

”It was quite a discussion between the two former PM’s and at one stage it did look like Tony was considering shirt fronting John,” said a Liberal Party Insider. ”John was adamant that as he was the one to appoint Dyson to the High Court that he should be the one to defend him.”

”Whilst Tony wanted to atone to Dyson for not being able to knight him.”

When asked why the former Prime Ministers were so keen to provide references to disgraced prominent men, the Liberal Party Insider said: ”I don’t know it’s like someone cast a Pell, I mean spell over them.”

”They see a prominent white man of power in trouble and they leap to their defense.”

”If only they were so attentive to the victims of men like Heydon and Pell.”

Like Loading...
‹ ScoMo Exempts Degrees That Study How Good Captain Cook Was From Fee Rise
Hanson Demands To Know Why No One’s Calling For White Out To Be Renamed ›