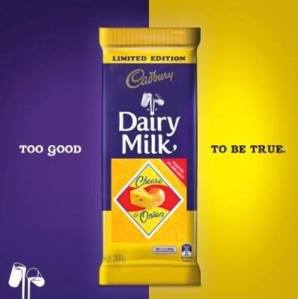 Nestle makers of iconic milk drink Milo have announced several changes to their recipe to appeal to new tastes.

Head of Nestle marketing Mike Nesbitt told The (un)Australian that due to the changing tastes of the Australian palate, they have decided to make a few changes to the original recipe.

“The first change is that we will now be adding Kale to Australia’s favourite non-alcoholic drink, the company expects there to be resistance to a new flavour of an old classic but to those who don’t agree hey, we could have just added vegemite to it!” said Nesbitt.

“We understand that many people don’t like changes being made to their favourite products, so change is not made lightly, but these changes make a more nourishing drink and also appeal to cashed-up hipsters.”

There will be some slight change to colour, taste and consistency but focus groups have told Nestle not to worry too much about that and that consumers will warm to the new taste drink.

Nesbitt also didn’t rule out future changes either. “We are also looking at adding more notorious ingredients in the future, at the moment the boys in the lab are playing with coconut water, goji berries, quinoa and cyanide.”

“Thanks to shows like Masterchef, everybody now thinks they are a gourmet chef and we have decided to market to that demographic,” Nesbitt said.

Like Loading...
‹ Abbott Says Popes Are Visually Awful And Bad For Your Health
Federal Government To Means Test ABC And SBS ›