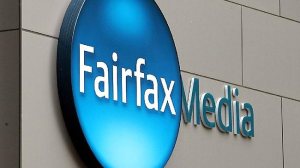 Following the announcement of the federal election scheduled for July 2nd, a cost-benefit analysis by Fairfax Media has determined that now is the time Australians least need to be informed.

30 staff in Fairfax’s Sydney and Melbourne offices were brought into meetings yesterday morning and informed they were being made redundant. This efficiency manoeuvre should cut down on the number of voters superfluously being apprised of the local, national, and international news that could needlessly affect their vote.

The remaining Fairfax journalists will now have to choose which election stories to cover based on highest total number of cat pictures. Bonus consideration will be given to any story that either criticises or defends Waleed Aly.

“Just quote The Guardian and publish. We’re a newspaper, not a word factory.”

The redundancies should free the news organisation from being bogged down by ‘journalism’ and allow Fairfax to direct its attention to less labour intensive stories, like generic clickbait articles.

“The days of cocaine and informative journalism are no longer viable in this economic climate,” Mr Alymer explained.

“So if we fire the journalists we won’t have to cut the cocaine budget.”

Matthew Farthing is the media reporter for the (un)Australian. He was fired from the Daily Telegraph for not comparing a transgendered person to a gigantic fraud.

Like Loading...
‹ Andrew Bolt Calls For The Logies To Be Renamed The Lefties
Risk-Taking Behaviour Rises As Long Election Campaign Gets Underway ›