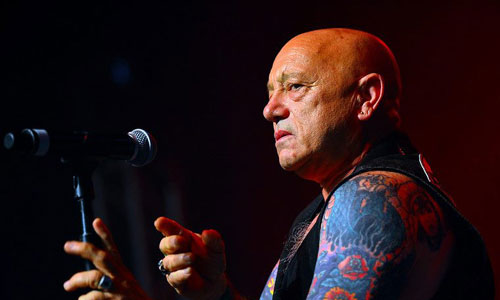 Angry Anderson, senate candidate for the Australian Liberty Party, has admitted that he spends far less time wishing he was a tribesman in the hills of Afghanistan than he used to back in the 1980s.

“I’ve got to admit I did wish that quite a bit back in the day, in fact I devoted a whole song to it, but I guess I wish for slightly less exotic things nowadays,” said the former lead singer of hard rockers Rose Tattoo, referring to the band’s 1984 hit single “I Wish”.

“I tend to wish that Channel Nine would bring back Angry Anderson’s Challenges more than I wish I was gallivanting around in mountains of central Asia.”

While Anderson never was granted his wish of being a soldier in El Salvador fighting for the peace, he did get to follow the dream of every hard rocking blues musician from the 70s, and run for parliament as a National Party candidate in Wollondilly.

“I suppose if a genie popped out of a bottle and granted me three wishes, then being a tribesman in the hills of Afghanistan wouldn’t be right up there in my list,” admitted Anderson, who was awarded an Order of Australia in 1993 for services to youth and for singing at Kylie Minogue’s wedding. “Unless he was the sort of tribesman who stayed at home and didn’t jump on the nearest boat and made a dash for Christmas Island.”

Like Loading...
‹ Peter Dutton Deported To Nauru For Taking Job Of Literate And Numerate Australian
Giggling Mike Baird Approves Use Of Medical Marijuana ›