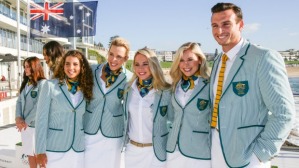 Swimming Australia fresh off a disappointing Rio Olympics medal haul has called on the Australian Federal Government to increase funding to our swimmers in order to win more medals.

A spokesperson for Swimming Australia spoke to The (un)Australian about the  lack of funding, saying: “You want gold, you need to pay for it. Our swimmers are currently living hand to sponsors mouth. How are they expected to train when they have to worry about eating the right muesli bars in order to keep their sponsors happy.”

When asked where the extra funds should come from the spokesperson replied: “Take some cash off the schools, kiddies don’t need air conditioning and books, and have you been to a hospital lately there’s plenty of fat to be trimmed there.”

Swimming Australia’s demands for increased funding has been backed by Athletics Australia, who have also asked the Australian government to open our borders up to Jamaican and Kenyan migrants.

In Sydney? Come and see our live show That’s (un)Australian! on May 3 at Sydney  Fringe Comedy on Sept 6, 8 and 10. Book tickets here.

Like Loading...
‹ Pauline Hanson Calls For Royal Commission Into How Australians Use The Toilet
Aussie Runner Goes Back To Make Sure Fallen Opponent Stays Down ›