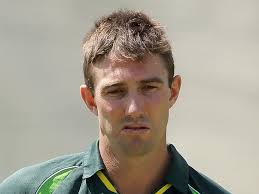 Fresh of his Ashes 4 for, the plaudits keep coming for West Australian all-rounder Mitch Marsh with news that Channel 9 will be releasing a new line of Mitch Marsh humble pie. Suitable for the Australian cricket fan who doubted the all-rounders selection.

“Usually we go with a piece of memorabilia like a photo or a signed bat but this summer we thought we’d try something different and go with the pie,” said head of Channel 9 Cricket merchandising Sid Stump. “I mean the amount of people who whinged online about his selection and who have seemingly backflipped since he cowled beautifully proves there will definitely be a demand for it.”

When pressed on what other lines of merchandising the network has in store for viewers Mr Stump replied: “Should the humble pie sell well we may look at “My Kid is a Future Australian Selector” bumper sticker or maybe a “In Hohns We Trust” tshirt. The possibilities are endless as long as we keep winning.”

The Mitch Marsh humble pie will be released later this week, unless of course Mitch Marsh fails in the second innings. Should that occur Channel 9 will instead sell the Mitch Marsh knife set.