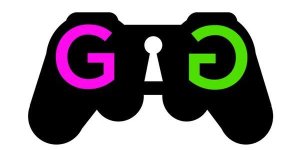 A videogame enthusiast and member of the “Gamergate” movement, who posts on Twitter under the username “AtheistGamer”, has responded to game developer Brianna Wu’s claims that Gamergate is a hate movement, by tweeting at her that “Gamergate is not about harassing women”, 20-30 times a day.

Gamergate is a videogame movement made of a collective of “gamers” (people who play videogames) concerned about ethics in game journalism and not harassing women. The term was coined by professional Alec Baldwin impersonator Adam Baldwin, after a woman cheated on her boyfriend.

Despite the courtesy of consistently tweeting at her every waking hour, Ms Wu seems not to have changed her opinion, much to the consternation of AtheistGamer.

“I’ve been exceedingly nice to Brianna while repeatedly informing her that Gamergate is about ethics in game journalism, and yet she still insists on labeling it a misogynist movement.”

Brianna Wu a videogame developer, who is not a videogame journalist and has not been accused of any ethical violations, recently informed the internet that she had to flee her home because of violent death threats. AtheistGamer, however, has doubts about this.

AtheistGamer remains hopeful, however, saying: “It doesn’t matter if I don’t change her opinion today. I’ll just tweet at her repeatedly tomorrow, and the next day, and for however long it takes for Brianna to stop saying Gamergate is a movement designed to harass women.”

Like Loading...
‹ Ebola May Be Worse Than First Reported And These Pandas Are 100 Days Old
‘It’s Kinda Awkward’ – Australia Embarrassed By Planetary Destruction, Crimes Against Humanity ›