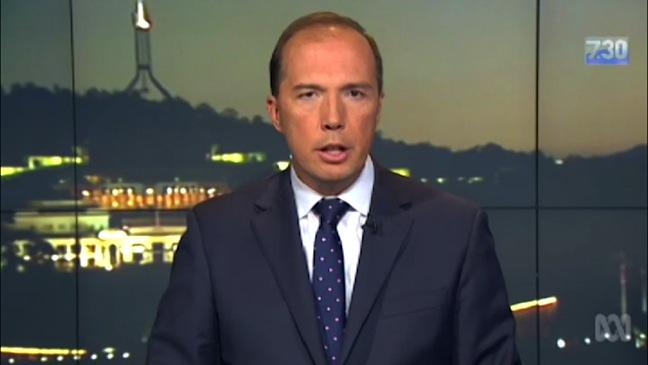 Immigration Minister Peter Dutton has Cancelled Jeff Allen’s Visa after the notorious pick-up-artist, known for advocating abusive behaviour to seduce women, gave some bad advice on how to respond to the “Mad Witch” twitter debacle.

It had already been a pretty good day for Minister Dutton after he had managed to get his shoes on the right feet after only two attempts and lined up the buttons on his shirt on the first go.

On the back of that success, he wrote to the international expert on women asking for some consultation on the best way to rebound from some poor publicity. He had recieved the bad publicity after accidentally sending a message to journalist Samantha Maiden that was meant for disgraced former minister Jamie Briggs, calling her a “mad fucking witch”.

Jeffy advised that Dutton should, “head up to that bitch, grab her head and slam it down on his junk”.

A source has told The (un)Australian that Dutton found the advice strange, but somehow it made “a freaky kind of sense”. Fortunately as he made his way up to the press gallery, he bumped into minister for women Michaelia Cash.

The source told The (un)Australian that Dutton was “glad to run into that crazy bitch” before making a big mistake, stating that “Michaelia said it wouldn’t work and I should revoke Jeffy’s visa instead if I wanted to help improve my image with women. And what do you know, it worked! That chick is alright.”

Dutton then accidentally tied his own shoe laces together.