Hanson Ups Ante On Dutton: ‘No Boat Person Should Ever Watch Neighbours’ 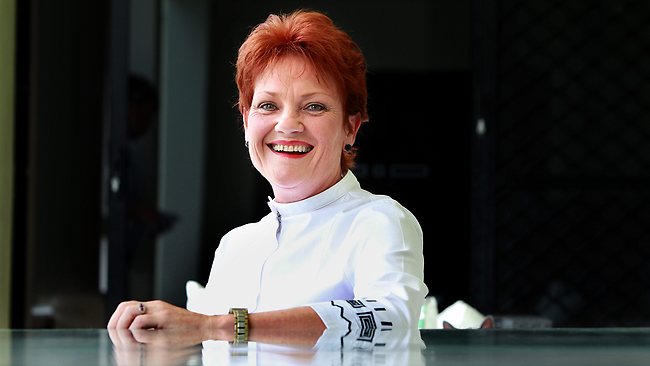 One Nation’s Pauline Hanson has suggested the Turnbull Government’s proposed lifetime ban from Australia for asylum seekers who attempt to arrive by boat, should “go further”.
“It’s good that they’re banning them,” Senator Hanson said. “But preventing people ever seeing family members living here is not tough enough.
“What One Nation is saying, quite clearly, is if you try to come here by boat, every part of our great culture should be off limits — for life. Whether you languish back in Syria or Iran, we need to ensure: No episodes of Neighbours. No lamingtons. You will never get the privilege of draping an Australian towel around yourself, getting a pride tattoo, and screaming out ‘oi oi oi'”.
Hanson expressed relief that Immigration Minister Peter Dutton’s new policy will keep out the likes of Aguek Nyok, the Sudanese refugee and taxi driver who kicked open the door of  Brisbane bus, saving 11 people from a deadly arson attack.
“Apparently while good white folk were politely standing around, he jumps in and kicks open the door,” Hanson complained. “Typical queue-jumper.”

Like Loading...
‹ Dutton Proposes Changing Anthem To ‘Am I Ever Gonna See Your Face Again’
George Brandis Regrets Hiring Bob Day To Build His Bookshelves ›