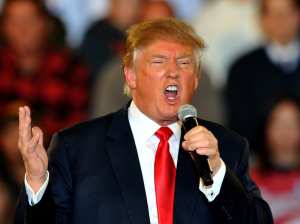 President elect Donald Trump has responded to Meryl Streep’s comments about him at the Golden Globe Awards with an offer to coach her in how to speak with a Russian accent.

“Some of my best friends are Russian so I’m more than willing to help her out with how those guys talk should she get a role as Stalin’s mom or something in her next movie,” said Mr Trump from his lair in Trump Towers in New York. “I’m sure I could organise a couple of sessions with my dear friend Vladimir from Moscow to get the vowel sounds just right, especially if the lines involve ordering a journalist to get shot or the invasion of Lithuania. In fact I reckon I could arrange for Mrs Streep to spend five years in a gulag in Siberia which would give her all the time in the world to master the difficult consonant clusters.”

“That’s very kind of Donald to offer me help but I have no plans to play a Russian in any of my upcoming movies,” replied Ms Streep before going to a an after party with her liberal Hollywood friends where they intended to feast upon roasted babies. “My next role is to play a braindead toothless redneck so I imagine the comments section of my twitter feed will furnish me with plenty of material to help me get the sentence structure right.”

Russian president Vladimir Putin was celebrating after scoring 100% in the pick the winners contest at the Kremlin’s Golden Globes party, a prize he shared with Wikileak’s Julian Assange.