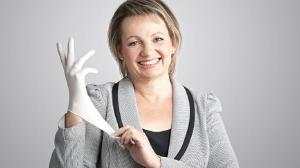 Former Health Minister Sussan Ley has upheld a great Australian tradition and helped herself to as much stuff from the stationery cabinet as her handbag could hold before exiting her job.

“I grabbed myself a couple of boxes of biros, a half filled bag of a big rubber bands, one of those pointy things you use to remove staples and a brand new pigstabber,” said a defiant Ley as she flicked through the latest copy of the Realtor on a first class plane flight back to Albury via the Gold Coast. “I scored myself a whole ream of that ultra white photocopy paper which is perfect when you need to print out the details of an investment property off Domain.”

The Coalition has risen ten points in opinion polls after the travel rorts scandal as the public warmed to them for finally starting to behave just like the rest of us and ripping off their employers for all its worth.

“At last a bunch of politicians have stopped acting out of touch with the electorate and started doing exactly what every single one of us would have done in the same situation,” said Como voter Colin Carpenter. “Typically the Greens are bemoaning this type of behaviour, showing us once again how unaustralian and elitist they are.”

Ley has also defended the spelling of her first name, saying it has nothing to do with numerology.

“My parents named their kids after their favourite clothing stores,” said the former Health Minister. “Just ask my little sister Sportsgirl or my big brother Jeanswest.”