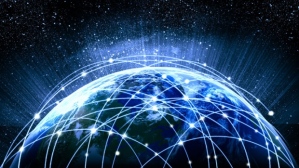 A weary Internet has checked itself in for double knee replacement surgery after another heavy week of standing up for people killed and maimed in acts of violence.

“I’ve been up and down like a bride’s nightie and my knees are clicking like a geiger counter,” said the Internet as it lay on the lounge with two heavily bandaged knees. “Not to mention how stuffed my back is from having to carry boxes of flags from the storeroom for everyone to whack over the top of their profiles. I don’t even know what the Syrian flag looks like and had to google myself to make sure I had the right one.”

“The patient made a small tear in the meniscus behind the left kneecap when it leapt up heartily in solidarity with the people of St Petersburg and further aggravated the injury when it stood again way too rapidly for Syria, Sweden, Egypt and wherever the fuck else,” said Dr Mark Welby from St Harambe’s Hospital in Zurich. “I’ve ordered it to stay off its feet and surf itself looking for funny cat videos and photos of other peoples overseas holidays until its able to stand again.”

The Internet had previously been under observation for suspected hepatitis after taking on a yellowish/orange tinge that was finally diagnosed as an after effect of displaying too many pictures of Donald Trump.

“Sorry Chad, Liechtenstein or Surinam if you happen to get caught up in something over the next couple of weeks but I won’t be able to stand with you,” said the Internet as it settled down to watch eight straight episodes of True Detective. “I suspect I’ll be needing to have these knees in tip top shape to deal with all the nutbags I’ve created.”

Like Loading...
‹ Ray Hadley Calls Scott Morrison ‘A Meanie’ And Univites Him To His Birthday Party
Pauline Hanson Demands Cadbury’s Removes The Turkish From Their Turkish Delight ›