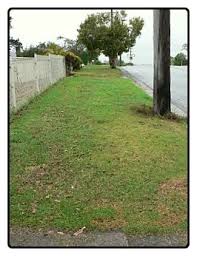 SBS will be following up its highly acclaimed three hour broadcast of The Ghan with a new program showing three hours of grass growing.

The program will feature edited highlights of seventy five hours of footage of the grass on the median strip of the Great Western Highway at Pendle Hill, which was recently voted “Most Boring Patch Of Grass In Australia” by the Australian Grass Fanciers Association.

“The Ghan program was a wonderful example of the Norwegian concept of forberede død evighet, or slow tv to prepare one for death,” said SBS programmer Lars Onanere. “Admittedly, three hours of a blank screen is probably a more entertaining prospect than Oslo on a Saturday night so maybe the idea may take some time to catch on in Australia.”

Viewers keen to see more of the grass growing can buy the entire seventy five hours in a six DVD box set, which includes outtakes where the cameraman trod on a bindi and an action sequence where a council worker ran over his big toe with a lawn mower.

SBS had been intending to follow up the Ghan broadcast with three hours of Sydney suburban train footage but even SBS viewers drew the line at watching three hours of looking into a tunnel waiting for a train to arrive.

“The whole thing will be narrated by a bunch of comedians so I’d recommend watching it with the volume turned down to zero,” said the Guardian’s television critic Cedric Cathode. “Anyone wondering about the value to the nation of SBS showing three hours of grass growing should be reminded that the alternative is three hours of Housos. No-one wants that.”