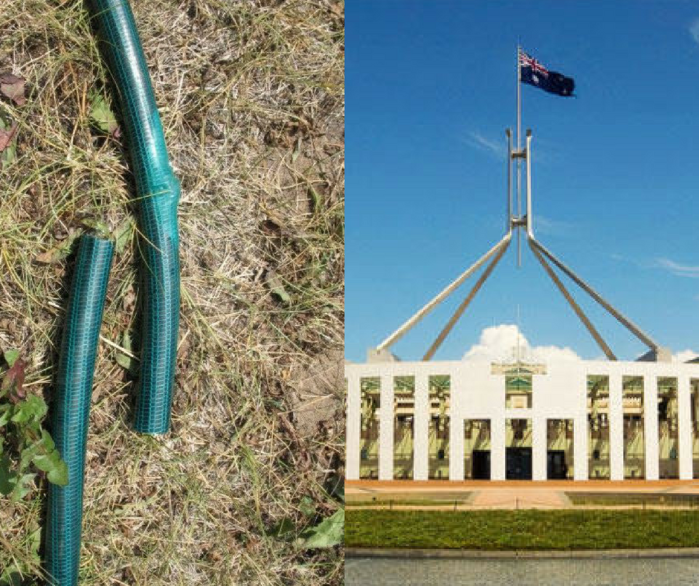 The lawns at Parliament House in Canberra are at risk of dying off as gardeners have found themselves unable to water the grassy hills. Staff have complained that hoses used to water the iconic hills have been cut and stolen.

In unrelated incidents, an increase in discarded plastic bottles in the nation’s capital has environmental organisations concerned.

“This… um… yeah it’s not right… theft and plastic bottles and shit”, stated Greens Senator Richard Di Natale at a press conference. “Why can’t we all just get along… and sleep… like Garfield?”

Police remain baffled as to who would steal such a large amount of hosing, expressing concern this crime would continue. A police spokesperson did not mince words when talking of the issue: “We’re obviously dealing with criminal masterminds, hell bent on couch-carnage!”

The news comes only days after Richard Di Natale introduced a bill to the Senate labelled “The Cheetohs Bill”, aiming to set a price cap on cheese flavoured snacks.