Home › Science › Climate Emergency? Then Why Are These Scientists In Greenland Having A Tropical Beach Party?

Climate Emergency? Then Why Are These Scientists In Greenland Having A Tropical Beach Party? 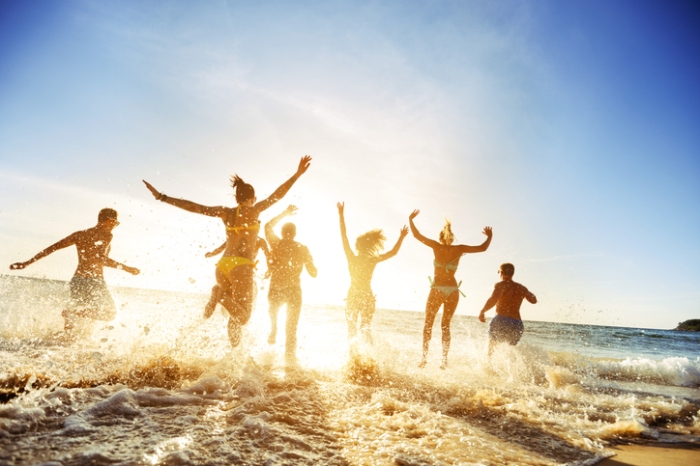 The warming alarmists would have you believe we are facing a so-called “Climate Emergency”, but The (un)Australian has been given access to exclusive photos that paint a very different picture.

Far from being gripped by panic, they show climate scientists currently based in Greenland kicking back at a tropical beach party.

If, as the panic merchants keep saying, we are on the verge of an utter catastrophe without radical action, then how are we to explain the photos of scientists in board shorts and bikinis on a tropical beach on the beautiful Greenland coast?

We are constantly being force fed the line that without drastically reducing carbon emissions and reorganising the global economy away from fossil fuels, we face a spiraling ecological crisis in which each new tipping point passed sets off a chain reaction so that melting permafrost unleashes the far worse greenhouse gas of methane, and that melting ice allows previously reflected sunlight to directly hit the water, further heating an already rapidly warming oceans, further unleashing methane on the ocean floor, causing temperatures to rise further which causes the melting of  permafrost and ice to further increase, but then how do you explain why a climate scientist can clearly be seen sipping a margarita on a beach towell in the Arctic?

We reached out to the scientists to explain the photos, and received the response that it was simply their one day off for months to unwind from collecting the evidence to convince humanity how dire the situation is, and of the need for very rapid action preferably starting three decades ago, and that actually, you aren’t really meant to get palm trees in Greenland, but all we heard was “nah nah nah we’re hypocrites who don’t know what we’re talking about so there’s no need to worry”.

We don’t know about you, but we declare our minds officially at rest.

Like Loading...
‹ Remake Of Mel Gibson’s What Women Want Tipped To Star Fred Nile
Guy Who Hasn’t Changed His Bong Water For 6 Years Worried The Chemicals In Detergent Are Poisoning Him ›