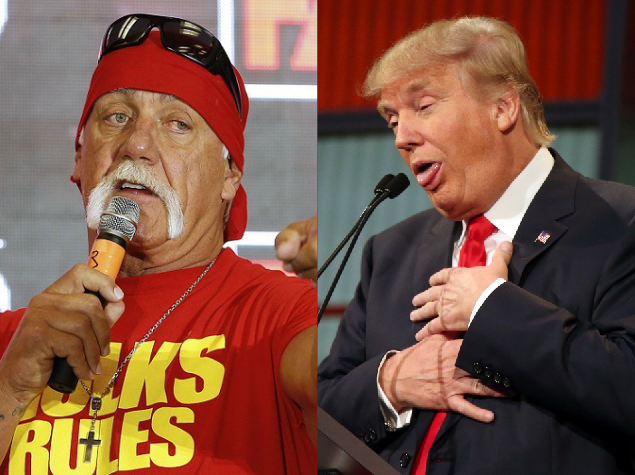 Rumours are swirling around Washington this week that American President Donald Trump will replace his Vice-President Mike Pence, with former Wrestler Hulk Hogan in an effort to counter his rival, Joe Biden’s announcement that he will run with Kamala.

”When the Donald found out that Biden had picked Kamala he was rather upset that his dear friend Vince McMahon would allow one of his wrestlers to run against him,” said a White house Insider. ”We tried to tell him that the Democrats were going with Kamala Harris and not the deceased wrestler Kamala but, President Trump is hard to talk to when he’s in one of his moods.”

”So, here we are Pence is out and Hulk Hogan is in.”

When reached for comment on his new role as Vice-President an highly animated Hulk Hogan said: ”Well you know Brother, when my boy the Donald reached out to tag me in to this battle I didn’t hesitate.”

”Whether I take on Kamala in Washington, Madison Square Garden or Uganda there will be only one winner.”‘

”What you going to do Kamala and Biden when Hulk Hogan and the WWE hall of famer the Donald come running after you.”

The American Presidential elections will be held later this year in November.

Like Loading...
‹ Australians To Vote On Which PMs Will Front New Mount Rushmore Style Monument To Be Carved Into Uluru
Christensen Offers To Quarantine In Manila Before Heading To Canberra For Parliament ›