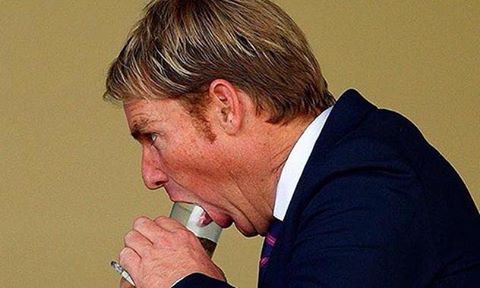 Shane Warne has announced that his personal charity The Shane Warne Foundation will be wound down after achieving its stated aim that no hot babe will be without a mobile phone by the year 2020.

“It’s a cause very close to Shane’s heart,” said spokesperson for the charity Leanne Googly. “On his travels around the world to play cricket Shane was horrified to see hot babes living on the streets of Bangladesh and South Africa without access to a basic receiver and monthly plan.”

“Shane dedicated hours each day calling up each recipient to make sure that their phones were in full working order,” said the foundation’s accountant Bruce Flipper from his prison cell. “He’d go as far as insisting that they test the camera by sending him a nude selfie so he could be satisfied that skin tones were being faithfully captured.”

Auditing firm KPMG is to conduct an investigation into the activities of the charity amid allegations of financial irregularities.

“Events such as the Shane Warne Celebrity Baked Bean Eating Day and the Shane Warne Celebrity Hair Transplant Tournament lost huge amounts of money despite the fact that Warne himself was the only celebrity who turned up to participate in them,” reported Consumer Affairs Victoria investigator Darryl Cullinan. “There are also reports that many of the hot babes had their phones confiscated after Shane discovered they had big boyfriends with lots of tatts.”

KPMG has also been asked to investigate the activities of the Shane Watson Foundation, after it was found that none of the money raised by the charity went towards its stated aim of providing Shane Watson with lessons in how to bat.