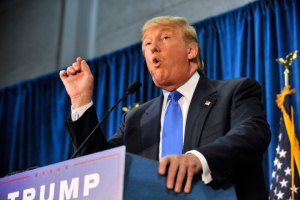 Tweeting to @TheUnOz President elect Trump tweeted: “I will consider invading Poland to get to Roman. From there who knows? #ImPrezBiatch!”

Following that tweet the President elect also tweeted about his unhappiness with the CIA, Julian Assange, the price of donuts, Metallica, Chyna (the WWE wrestler not the country) and his thoughts on the new season of the Gilmore Girls.

On the Gilmore Girls he tweeted: “That Lorelai has some nerve. Send her to Trump University, that’ll straighten her out.”

No one from Hollywood was available to comment on Roman Polanski as it was the start of awards season and this years cause celebre is the redemption of Mel Gibson. Polanski is scheduled to be revered by Hollywood at a later date.

Like Loading...
‹ Just To Be Clear This Isn’t For Your Seventies Christiany Stuff, Nobel Committee Tells Bob Dylan
Turnbull Put On Notice After Looking To The Left Whilst Crossing The Road ›