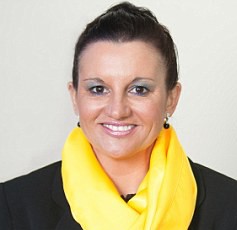 Tasmanian Senator and aspiring voiceover artist Jacqui Lambie has confirmed today that she will appear next week in the car park of ABC TV’s Q&A program. Her appearance in the car park is to help aid a discussion of ideas in the form of a punch up.

Speaking to The (un)Australian Senator Lambie discussed her appearance on next week’s show, saying: “Decent Australian’s are sick of people shouting at each other on TV, so it’s time to take it outside. If you have a problem with me then let’s go. Disagree with me banning the burqa then walk into the car park and walk out with it on. You leave me lying face down, I might not agree with you but damn I’ll respect you.”

Q&A host Tony Jones when reached for comment on Lambie’s car park appearance responded with: “I’ll take that as a comment and I will also be taking an Uber to next week’s show.”

Senator Lambie also said that once she’d punched on at Q&A she would then look to appear on other shows for a ‘discussion of ideas.’

“I reckon I could take that wimpy looking Andrew Bolt bloke and Gerard Henderson on Insiders would be no match for my wit or my fist.”

Like Loading...
‹ Lump Of Coal Brings Back Happy Christmas Memories to Liberal MPs
Alternative Facts Of the Day ›