Vicars Outraged At Cuts To Penalty Rates For Working Weekdays 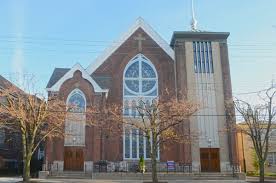 Australia’s vicars have been stunned by the decision of the Fair Work Commission to reduce their penalty rates for working on days of the week that aren’t Sunday.

“People think that all we do is stand up in front of the crowd and talk rubbish for an hour and a half on Sundays but I can assure you there’s a lot more to the job than that,” said angry vicar Rev Tony Steeple from St Bruce’s church at Allawah. “We’re kept busy on weekdays, unexpectedly dropping in on parishioners for cups of tea just as they’re right in the middle of doing something really embarrassing and all the other mundane duties of the role.”

“The job only just begins after we finish shaking the hand and giving a surly nod goodbye to the last person to leave the church after Sunday’s service,” said Rev Susan Sandhouse of the Amalgamated Vicars, Ministers and God Botherers Union. “We spend Monday to Friday sweeping up the empty chip wrappers from the floor of the church, keeping ourselves up to date with the latest research into holding cake sales and starching our collars so they look nice and white for the weekend.”

However the peak vicar employers bodies such as the Anglican Archdiocese and the Uniting Church of Australia take a differing view and say that the age of entitlement for vicars is over.

“People are just putting less and less money in the collection bowl and we can’t afford to pay premium rates for non Sundays when all the vicar is doing is changing the numbers on the hymn board and making off colour remarks to actresses at parties,” said Clive Gospel, boss of the Wesleyan Central Mission. “Reducing weekday rates will actually allow us to employ more vicars to go out into the community wearing cardigans and catch people dressed up in their bondage gear when they pop around for a cup of tea.”