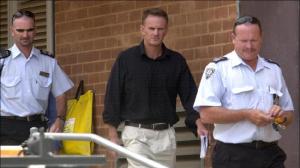 Former politician and now former televison host Mark Latham has announced to the world that he plans to bring back bullying in schools with the launch of his national day of action ‘R U Dumb And Gay Day.’

Speaking to The (un)Australian a passionate Latham spoke of his belief in bullying, saying: “The world is too soft don’t you think asswipe? I mean the other day I went to my local school to hurl insults at the fat kids and the principal called the cops on me, can you believe it?”

“I mean in my day I went to school and was called a stupid asswipe who’d amount to nothing and looked like a jelly pudding with glasses and that was just by my mum when she kicked me out the door. Those were the days.”

When pressed on why the world or Australia in particular needed to bring back bullying Mr Latham replied: “Isn’t it obvious pencil dick? I mean society is too soft, too tolerant, we allow people to do anything. I mean you numbskulls allowed me to run for Prime Minister. Can you believe that people actually voted for old shoot from the hip Marky boy to be Prime Minister, unbelieveable.”

Mr Latham plans to launch ‘R U Dumb And Gay Day’ the day after section 18c is overturned in parliament.

Like Loading...
‹ Pauline Hanson Worries Hump Day May Be Confused As Some Sort Of Middle Eastern Affair
Queensland Pharrell Fan Not Happy About Actually Being In Room Without A Roof ›