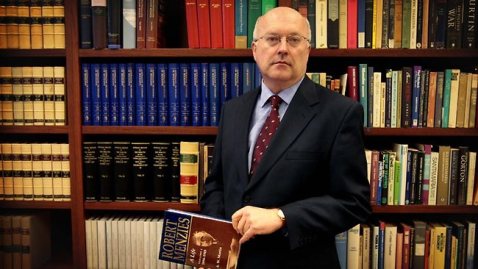 Speaking to The (un)Australian, coffee table was scathing of it treatment, saying: “I was a big part of that office until George’s high-price bookshelves arrived. I used to be the focal point at meetings and I carried my fair share but all anybody wanted to talk about was the bookshelf.”

“Things came to a head when Mr Brandis said that all press conferences would be held in front of the bookshelf rather than around me, the coffee table, at that point I felt our working relationship was untenable.”

On what was next for it, the table replied: “Well there is an opening for a coffee table in Tony Abbott’s office and Sky news has offered me a spot as a panellist on The Bolt Report, so I’ll take my time maybe knock out a memoir and see where I land.

Senator Brandis was unavailable for comment as he was busy shopping for tables at IKEA.

Like Loading...
‹ Scott Morrison Tells First Home Buyers To Consider Selling Their Organs
Sculptures By The Sea To Be Replaced With A ‘Pop-Up’ Casino On Bondi Beach ›