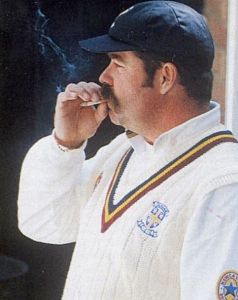 The Australian Cricket Board (ACB) is breathing a sigh of relief today after Sydney’s controversial lockout laws saved the life of their newest Hall of Fame inductee David Boon.

Speaking to The (un)Australian a spokesperson for the ACB expressed their relief, saying: “When we decided to put Boonie into the Hall of Fame we thought we better do this in Sydney as otherwise he’ll be on the cans all night. I mean, what a State! You can’t even buy a bottle of Passionpop after 10 pm.”

“But, then when we got Boonie to the venue, they told us that as a casino they were exempt to the lockout laws and we thought ‘Oh no! Boonie will drink himself to death.’ I mean he smashed 50 odd cans on a flight to London, he could knock back that many just listening to Ian Chappell talk about how great a cricketer he and his brother Greg were.”

“Thankfully at about 1am, Warney came to the rescue and told Boonie about this place he knew in Surry Hills. By the time we shovelled him into a cab it was too late for him to get into any new venues.”

Recently retired Premier Mike Baird when told of his law’s positive outcome said: “If my laws save the life of just one ex-cricketer from drinking themselves into an early grave, then they have been worth it. Also if they funnel customers into the state’s soon to be two casinos then even better.”

David Boon was last seen stumbling about Sydney CBD, screaming out a challenge to that “soft cock Bob Hawke” to come out and drink like a man.