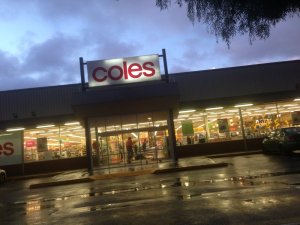 The Fair Work Commission has reduced the amount of toppings that Coles workers get on the pizzas they receive for doing unpaid work on Sundays.

“You used to get a full super supreme pizza for doing unpaid Sunday work but under the new ruling we won’t get any pineapple or extra pepperoni,” complained Jodie Barcode from the Amalgamated Shelf Stackers, Automated Checkout Clearers and Price Check On Aisle Three Union. “There’s also talk that we’ll lose our garlic bread if the unpaid work amounts to less than four hours.”

“The age of entitlement when workers got a family sized cheesy crust pizza for unpaid Sunday work is over,” said Coles CEO Trevor Downdown. “Reducing pizza toppings to a basic cheese, tomato and those little nuggets of meaty stuff means we can actually employ more unpaid workers on a Sunday, so I don’t know what the union is whining about.”

The Prime Minister agrees with the decision and acknowledges that as Australia transitions to a seven day a week economy that workers will begin to accept supply of a simple Hawaiian or Capricciosa as the norm for unpaid work on any day of the week. Bill Shorten disagrees.

“Millions of Aussie workers rely on getting a full meat lovers pizza when they do unpaid Sunday work,” said the opposition leader. “I’m going to set an example by ensuring my own staff are better off overall by giving them pizzas with extra cheese and capsicum overall plus a 1.5 litre bottle of diet Pepsi for all their unpaid Sunday work.”