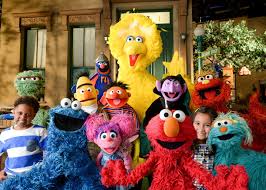 “You see what happens, you start vaccinating muppets and all of a sudden one of them is diagnosed as autistic,” Senator Hanson told The (un)Australian.

When The (un)Australian suggested muppets might not be real, Senator Hanson became defensive, saying: “Don’t tell me muppets aren’t real, have you met Malcolm Roberts? Now if you’ll excuse me I have a meeting with my new health food advisor a Mr Cookie Monster.”

Sesame Street when reached for comment passed on the message to Senator Hanson that this week’s episode was brought to you by the letters F and U.

Like Loading...
‹ Illuminati Now Looking For New Head Of Secret Cabal To Enslave Humanity
Abbott Calls For Cars To Be Manufactured With A Built-In Coal Fuelled Boiler ›