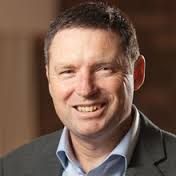 Lyle Shelton has voiced his frustration at being unable to find “The Handmaid’s Tale” on the SBS On Demand website despite conducting an exhaustive search all around the comedy section.

“I keep hearing about this show where the main character is a woman with a rich inner life who rebels against being forced to breed babies for a society dominated by religious nutbags and it sounds piss funny,” said the managing director of the Australian Christian Lobby as he scrolled unsuccessfully down the menu. “From what I’ve heard one of the female characters is, get this, married to another female character. How delightfully absurd.”

Having looked all through the “H” section Shelton has turned his attention to the “T”s just in case it has been listed with “The” as the first word.

“I defy anyone to keep a straight face during the scenes where they hang a few unbelievers,” said Shelton as he microwaved a big bowl of salt, sugar and fun reduced popcorn to munch on while watching the show. “If I ever become Prime Minister I’ll make sure that The Handmaid’s Tale gets onto the school curriculum, as a text book.”