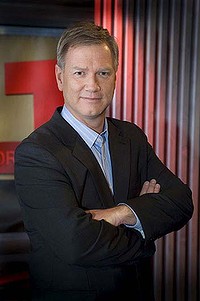 Herald-Sun word processor operator Andrew Bolt has been charged with “Contempt Of Readership” over articles questioning the conviction of George Pell.

“The judicial system of Victoria takes the disrespect of the court of public opinion very seriously,” said Victorian Attorney General Sir Humphrey Gavel after issuing the arrest warrant. “Mr Bolt will be asked to please explain how his articles have not undermined the dignity of society at large.”

“I’m not going to comment on the matter as I’m busy writing a movie about the case called “One Angry Man”,” said Mr Bolt. “It’s the story of a lone good man who fails to convince any of the members of a jury to change their mind about a case, and then goes off like a giant sook anyway. I’m looking to dig up Henry Fonda to play the lead.”

Daily Telegraph intern Miranda “Atilly” Devine is also likely to be charged with a similar offence, and will be using the “what the legal system says about something means diddly squat” defence.