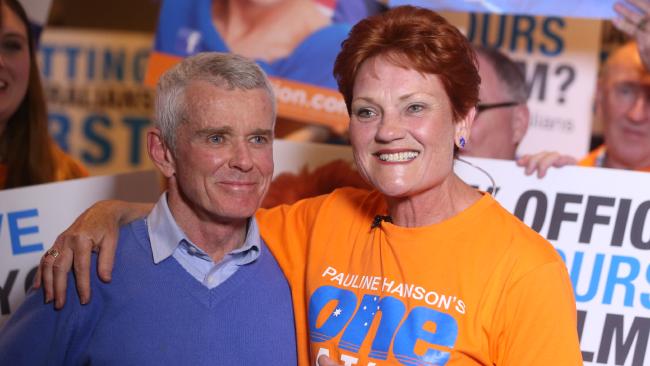 Known racist Pauline Hanson and her sidekick lil’ Malcolm Roberts have failed in their attempt to get the entire country to vote in a plebiscite on whether or not we should be more racist by cutting our levels of immigration.

The move comes following Hanson’s attempt last year to get the Senate to vote that it was OK to be white.

“The bloody Senate keeps on thwarting my plans to be more racist and heard by more people,” said Senator Hanson. “I mean don’t they understand that the less they listen to me the more I’ll shout and scream to be heard.”

“At least those good folks at the Today show will listen to me be racist. Heck for what they are paying me I might even throw in a bit of bigotry as well.”

When asked what was next for One Nation Senator Hanson said: “Well we won’t be going back to the drawing board or the black board instead we will go back to the safety of our white board.”

“Now come along Malcolm we have scare campaigns to think up.”