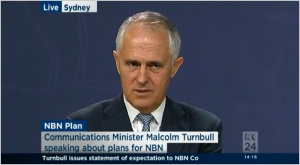 Prime Minister (for now) Malcolm Turnbull has expressed regret at his choice of dinner last night after ordering Italian. The Prime Minister decided on Italian after receiving a recommendation from Senator Matt Canavan’s Mother.

A remorseful Prime Minister spoke to The (un)Australian about his issues with Senator Canavan’s Mother, saying: “I do like to receive advice on occasion as long as it doesn’t get whispered into my ear from the right.”

“So when Matt’s Mother told me she knew of this great Italian place that she’d taken her son to years ago I thought why not. And well that wasn’t the wisest decision I made. Now I’m feeling queasy and need to find a new Minister for Industry, Innovation and Science.”

“Do you know how hard it is to find someone in the Coalition who believes in Science?”

Senator Canavan when reached for comment seemed to be embracing his Italian roots by saying: “Mamamia!”