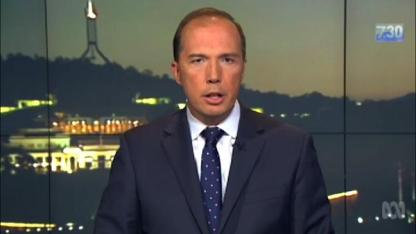 The country of New Zealand is in mourning today after the sudden death of Prime Minister Jacinda Ardern’s cat, Puddles. The nation’s First Cat was the victim of a hit and run car accident, with New Zealand police listing Australian Immigration Minister Peter Dutton as a “person of interest”.

“The cat was found on the side of the road and there were no skid marks, which tends to indicate this was not an accident,” said an officer from the NZ police, who gave his name to The (un)Australian as Inspector Jum Summons. “At this stage we will be investigating all avenues, however we wish to speak to Australian Immigration Minister Peter Dutton so he can help us with our enquiries.”

Asked whether Minister Dutton was a suspect, Inspector Summons replied: “This is a rather cruel and vindictive crime and looking at what is happening on Manus Island at the moment it does seem to fit into the way Minister Dutton works.”

Speaking to The (un)Australian, Immigration Minister Peter Dutton dismissed suggestions he ran over the New Zealand Prime Minister’s cat saying: “I don’t normally comment on operational matters however I would like to say that I did not kill that cat. As I understand, it was a car that killed the cat not a person.

“Now if you’ll excuse me I need to go outside and burn some ants with a magnifying glass as it’s a rather sunny day.”