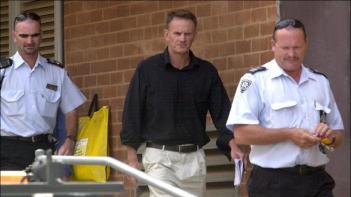 Cooking columnist Mark Latham has today been let go by The (un)Australian following some confusion over the term crushed nuts and an unfortunate incident involving an intern.

“It’s a bloody stitch up, the recipe said crush nuts so naturally I saw the intern and thought he’ll do and whacked him in the plums,” said Mr Latham. “Next thing you know they’re dragging me out of the kitchen and trying to throw me in a taxi.

“Jokes on them though as no taxi in Australia will have me as a customer.”

The (un)Australian said in a statement: “We regret that our relationship with Mark Latham has concluded. We knew going in that hiring him was a risk, however we also believe that everyone deserves a second or in his case 25th chance.

“We wish Mr Latham well in his future endeavours.”

No word yet on who will be replacing Mark Latham in his cooking column. Sportsbet is running a poll with odds on favourite being Alan Jones, followed by Graham Richardson, Gordon Ramsay and rank outsider Hannibal Lecter.

Like Loading...
‹ Column: Mark Latham’s Guide To Being A Cook
ARU To Replace Qantas With Westboro Baptist Church As Major Sponsor ›