Bolt Feels For The Children Yet To Be Touched By Pell 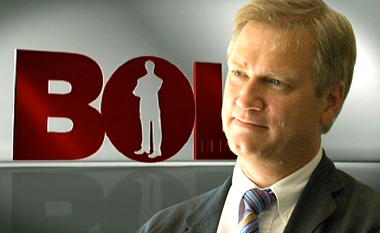 George Pell’s number one cheer leader convicted racist Andrew Bolt has spoken of how he feels that the Cardinal’s jailing will effect so many, particularly the children that Pell has yet to touch.

“This is a tragedy for Australia’s youth as they will no longer feel the powerful hand of Cardinal Pell,” said Mr Bolt. “I am stunned that the court found him guilty, why didn’t they listen to me, I know he’s innocent he told me so.”

“As well the court failed to take into account the fact the Cardinal Pell is white and has powerful friends. That alone should make him innocent.”

When asked whether he has anything to say to the victims involved in the case Mr Bolt said: “I do yes of course I do. To the victim George Pell, I say don’t fear. I will always stand by you.”

“Now if you’ll excuse me I’m off to attend candle light vigil for the cardinal. I’m meeting Tony Abbott at a phone box near the jail and we will stay there until the cardinal is free.”

Like Loading...
‹ Jones Asks Bosses If It’s Just Women He’s No Longer Allowed To Threaten
Hanson Threatens To Urinate On The Senate Floor Unless Someone Pays Her Some Attention ›