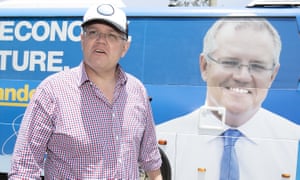 Prime Minister Scotty from marketing has promised to use the leftover $60 billion dollars from the Job Keeper program to invest in schools, with plans to build a statue of Captain Cook in every school in Australia.

“How good is Captain Cook?” Said Prime Minister Scotty. ”What a treat for the kiddies of Australia to have a statue of the great man at their school.”

”I’m sure the kiddies would much rather a new statue than more boring old books and computers.”

When asked why he was not using the $60 billion for something more constructive than a statue of Captain Cook, the Prime Minister said: ”I will remind you that without Captain Cook we wouldn’t be here today. Not me especially, as my electorate is named after the great man.”

”Now, if you’ll excuse me I’m off to see the statue maker to ensure that the ones allocated to schools in the seat of Eden-Monaro are gold plated.”

Like Loading...
‹ Trump Foils Plot To Assassinate Him With Malaria Bearing Mosquitoes
ScoMo Gets A Laugh In The Party Room By Asking Cormann To Do Some Basic Maths ›