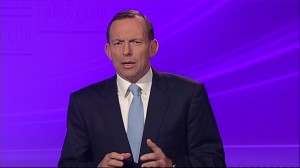 Former Prime Minister and lycra afficianado Tony Abbott has announced today that he will challenge the current Commenwealth games cycling team to a race.

“I believe most Australian’s think that it is time that this team of cyclists face up to a real challenge,” said the former Prime Minister. “We have had to watch them compete for over 30 negative newspolls, I mean 30 cycling events and they have not achieved nearly half as much as I have with my team.”

“I promise the Australian people that should I and my very close cycling buddy Kevin Andrews have the numbers over these cyclists that we will make Australia great again.”

“We will put our pedal to the metal or in this case coal and lead us back to the halycon days of 2014.”

Cycling Australia did not respond to Mr Abbott’s challenge, despite the various editorials from Alan Jones, Andrew Bolt and Ray Hadley for them to do so.

Like Loading...
‹ “Folau Is Spot On About Gay People” Says Pell
Stressed-Out Climate Scientist Secretly Pretty Happy With This Weather ›